What to see in Guadalest

Previous Next
What to see in Guadalest

If there is one thing the province of Alicante is known for, it is for offering a large number of alternatives in terms of inland tourism. A good example of this is Guadalest.

A village nestled in this province bathed by the Mediterranean Sea, with a population of barely 200 inhabitants and with characteristics that make it unique. Not in vain, once you are there, and this has happened to some of our colleagues from Victoria Cars, you will believe that you have returned to medieval times.

Let’s get to know some of its history

We will be brief. To know the origin of this little corner we have to go back to the 11th century. At that time, in the middle of the Muslim period, the Alcozaiba Fortress was built around which a large number of livestock farmers and farmers settled.

Later, in the 13th century, Jaime I incorporated it into the kingdom of Valencia. From then on, over the years, there have been several important episodes that have taken place in this area, but the region has never moved out of the Valencian Community. 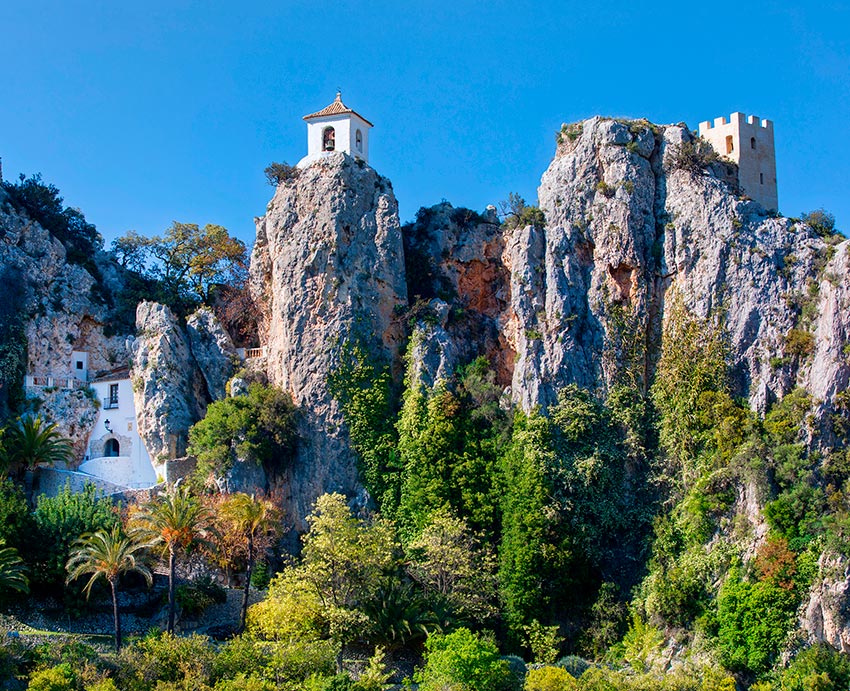 What do you want to see in Guadalest?

It seems incredible but in such a small area there are so many things you can see. So, without further ado, let’s start our particular route.

Enjoy the views of the valley of Guadalest

Its privileged location makes it possible to contemplate, in all its splendour, this spectacular valley. A set of mountains in which the Sierra de Aitana stands out and which is a unique way to disconnect from the hustle and bustle of the daily routine.

Moreover, the Guadalest valley is a perfect excuse for all those hikers who want to be in contact with nature during their route. 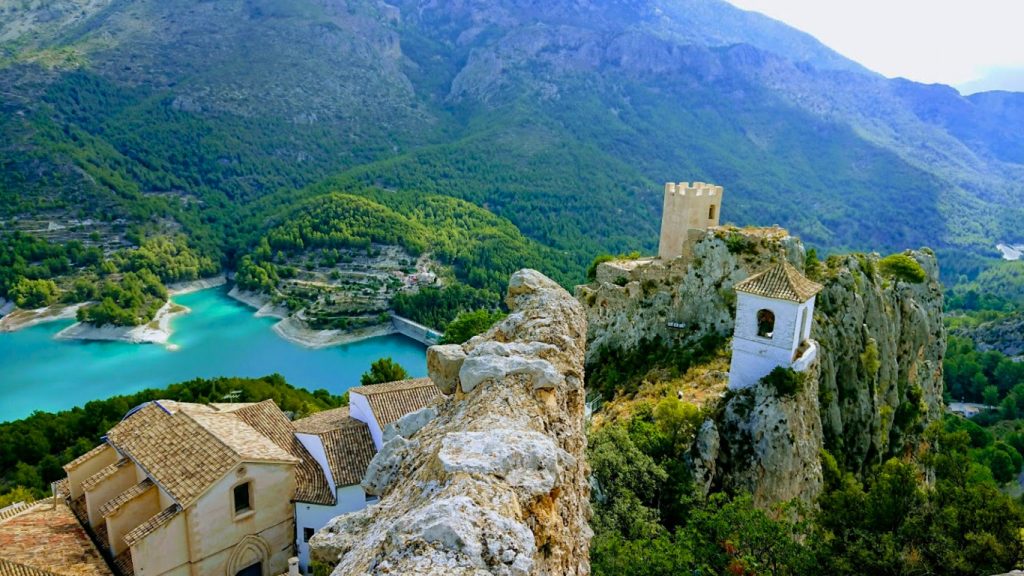 As it could not be otherwise, everything that has to do with the Castle of Guadalest, is susceptible to be contemplated. However, in Victoria Cars, because that is what our colleagues can testify, we believe that the walls deserve a special mention.

Built by the Muslims, these rock walls were a natural defence against possible enemy attacks. A set of rocks that is still in very good condition today and that give a good account of the engineering of the time.

The extensive cultural heritage of Guadalest is a real luxury.

Here we would like to make a slightly longer stop. Although it is true that the castle is the main attraction of Guadalest, it is no less true that in this small village we can find other places worth visiting.

Experience its culture and history in its museums.

Another reason to visit Guadalest is to visit its museums. These museums have nothing to do with the grandiose conception we have. In fact, in this case, we are going to find much more modest museums that have more to do with the curiosities of the place.

However, and despite all the places and ideas we have given you to visit, we must say that there is nothing like walking through its streets. Let yourself be carried away by its charm and not be in a hurry when it comes to contemplating each and every one of its details.

A visit that can serve, in addition to getting to know this place, to relax, to spend an extraordinary day with friends or family and to return to our day to day with completely recovered energy.

We call you, to reserve a car