The 5 most amazing places to visit in Bocairent

Previous Next
The 5 most amazing places to visit in Bocairent

Bocairent is one of the most historic places in Spain. Located north of the Sierra Mariola, in the Community of Valencia, Bocairent offers a privileged view that you can not miss, not only because of its location, but also has a staggered shape that goes back to its history. 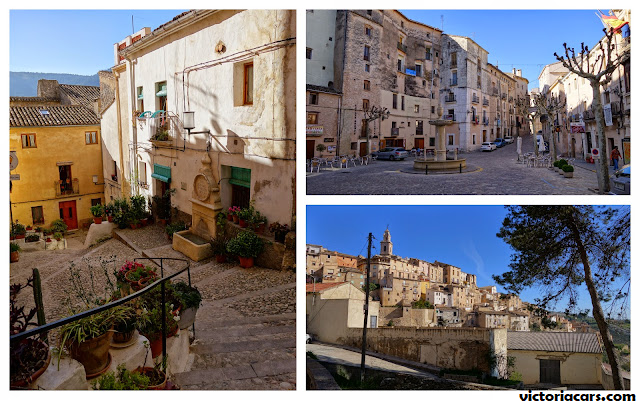 Among the most curious places that you can find in Bocairent, are the Covetes and the cavas, which were used by ancient civilizations to store different elements of that time.

If you plan to visit this historic municipality, keep reading this article to learn more about what to see in Bocairent Let’s take a look!

One of the must-sees if you visit Bocairent, is its historic center. There, you can contemplate its immensity among the narrow streets with multiple fountains, reminiscent of the Arab era, surrounded by hanging houses up to eight stories high, located on mansions and ravines dating from the seventeenth and eighteenth century, ideal for visiting children.

On the other hand, you will find the Municipal Archaeological Museum, where different ceramic elements, jewelry, weapons with date tips, among many other objects that were used between the Upper Paleolithic and the Middle Ages, and that were found in local caves. 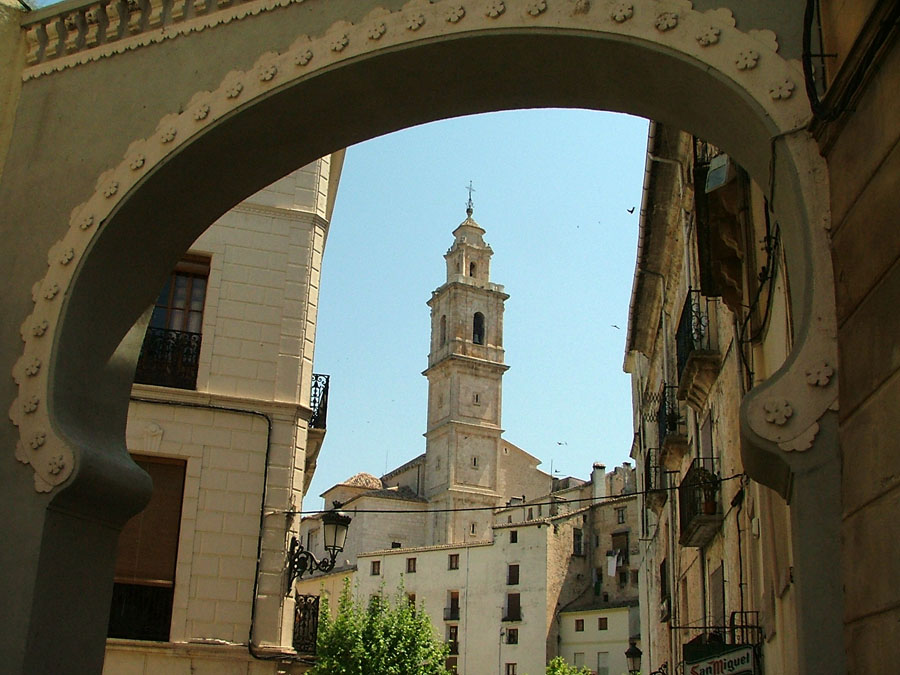 If we continue with the old buildings, we can not leave aside the church of Our Lady of the Assumption, located at the top of the historic center of Bocairent. This structure was built in the fifteenth century on an Arab castle.

Inside this chapel you will witness a mixture of different styles of the time, mainly Baroque and Gothic. In addition, you can reach the Plaza de los Toros, which rests on the oldest rock in Valencia.

If you have children, you can not miss the Magic Route, which is a two-kilometer circuit, where you will find the main attractions of the Bocairent. This path goes from the Plaza del Ayuntamiento, passing through the mirador of Covetes del Colomer and les Covetes Dels Moros. 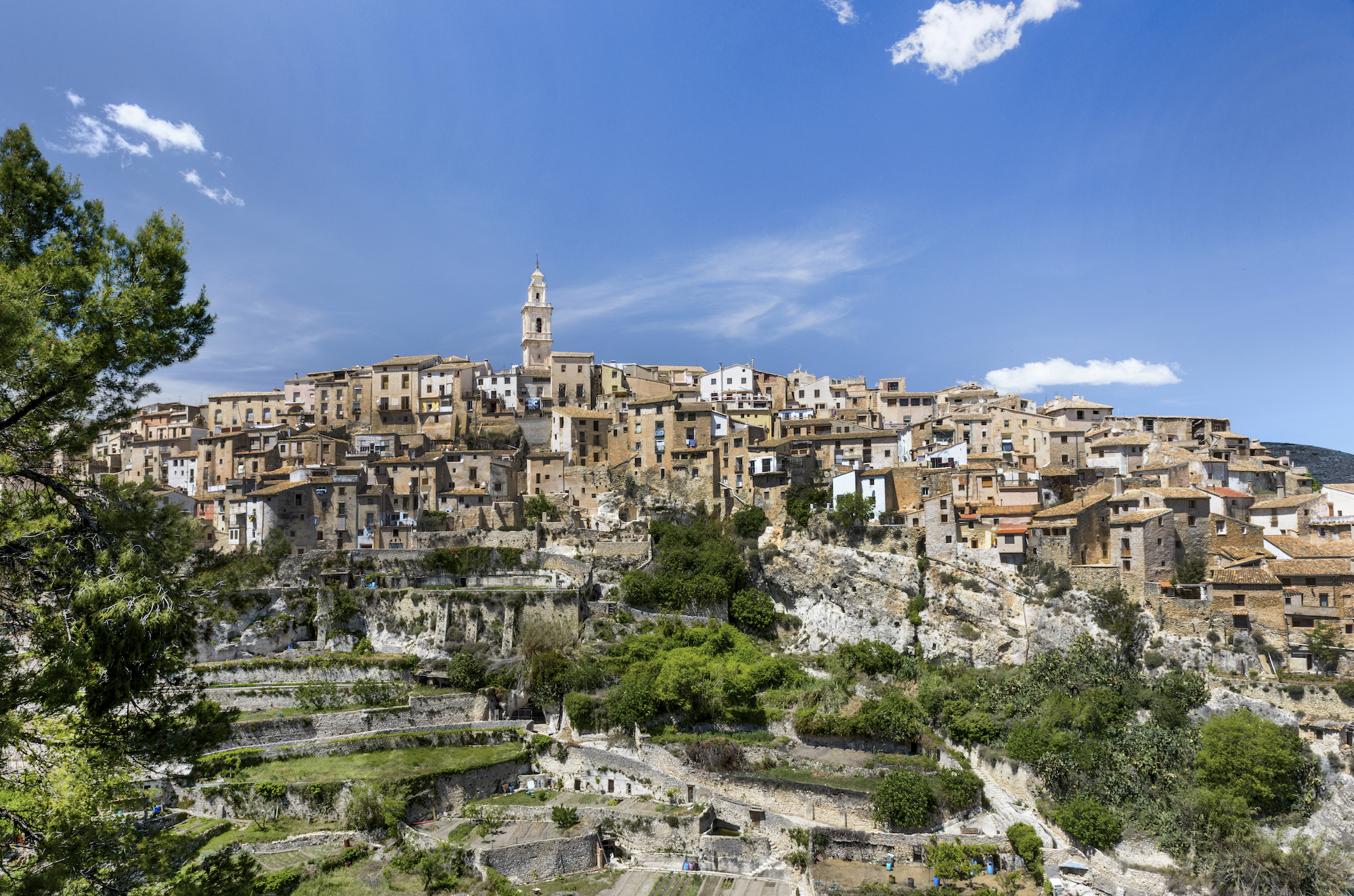 Continuing along the circuit, you will witness the hanging houses and the Cueva d’En Gomar, one of the most historic sites. In addition, you will come across a textile factory and the municipal market.

The Covetes del Colomer is a group of caves-windows dating from the Muslim era, located on the Clariano River, within the historic center of Bocairent. These caves excavated on a mountain, were used during the Civil War as a refugio. 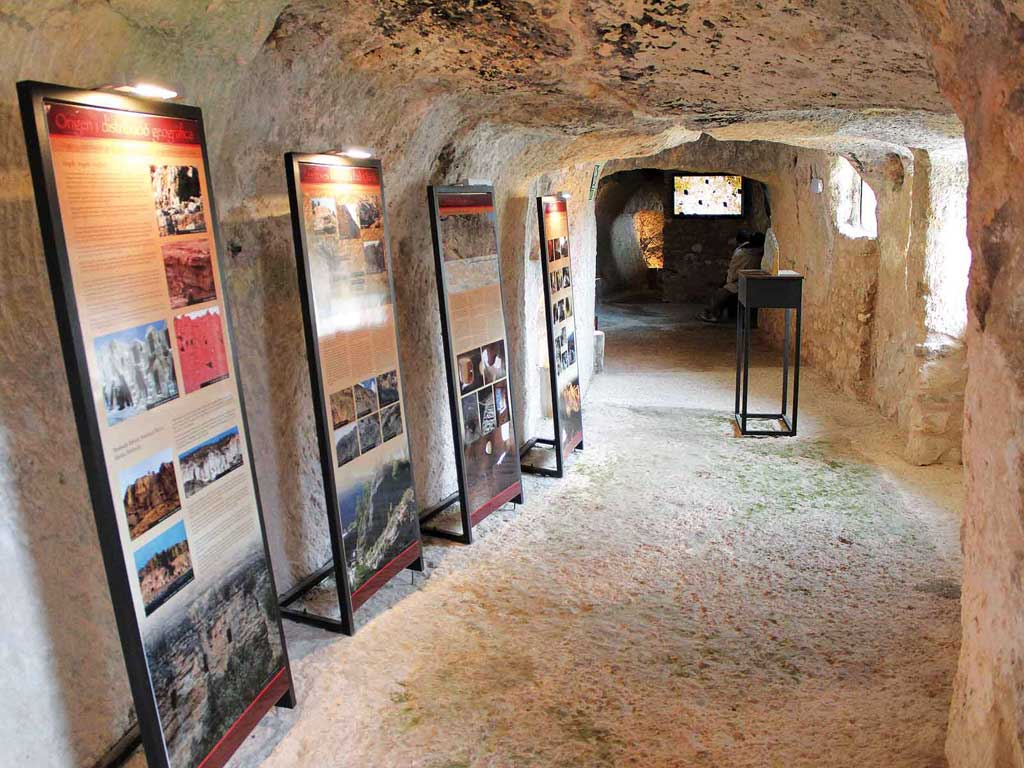 Just 300 meters from the historic center, you will find the renowned “Les Covetes dels Moros”. This site is made up of more than fifty man-made caves. It has different levels, which were excavated between the tenth and eleventh centuries, of the oldest places in Bocairent. 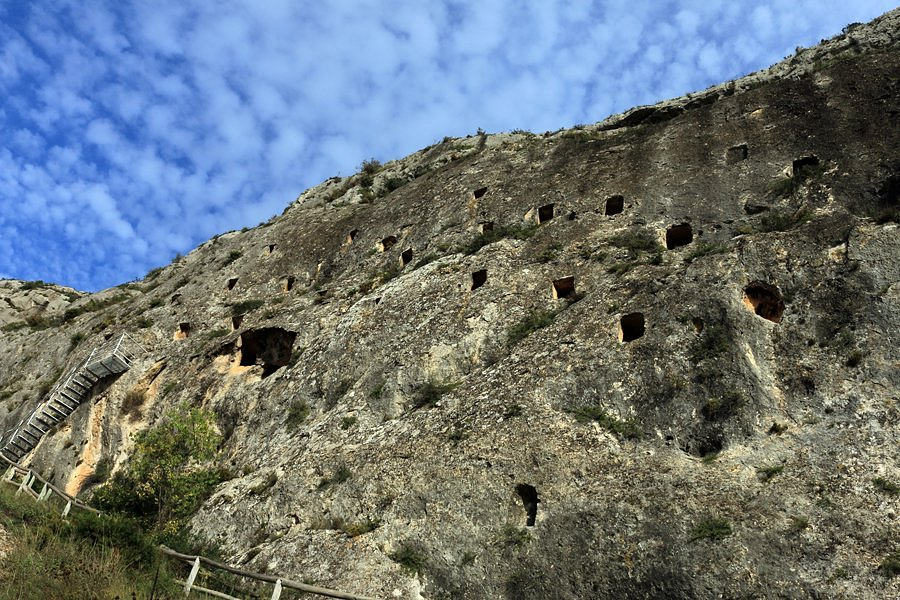 At that time, these caves functioned as barns and were modified to connect them together and provide a walk in the form of a labyrinth, which goes from the first cave, to the last.

We recommend that you wear comfortable clothes, as you will find different paths up, down, slopes and several narrow paths. Having this minimum degree of complexity, we suggest that you do not take children under 8 years old.

Undoubtedly, Bocairent is characterized by the number of caves that are located between the mountains. One of them is the cava of Sant Blai, which was used as a natural snowfield, where snow was kept to keep the cold of meals, although its main objective was to use it as a therapeutic and gastronomic measure between the seventeenth and nineteenth centuries. 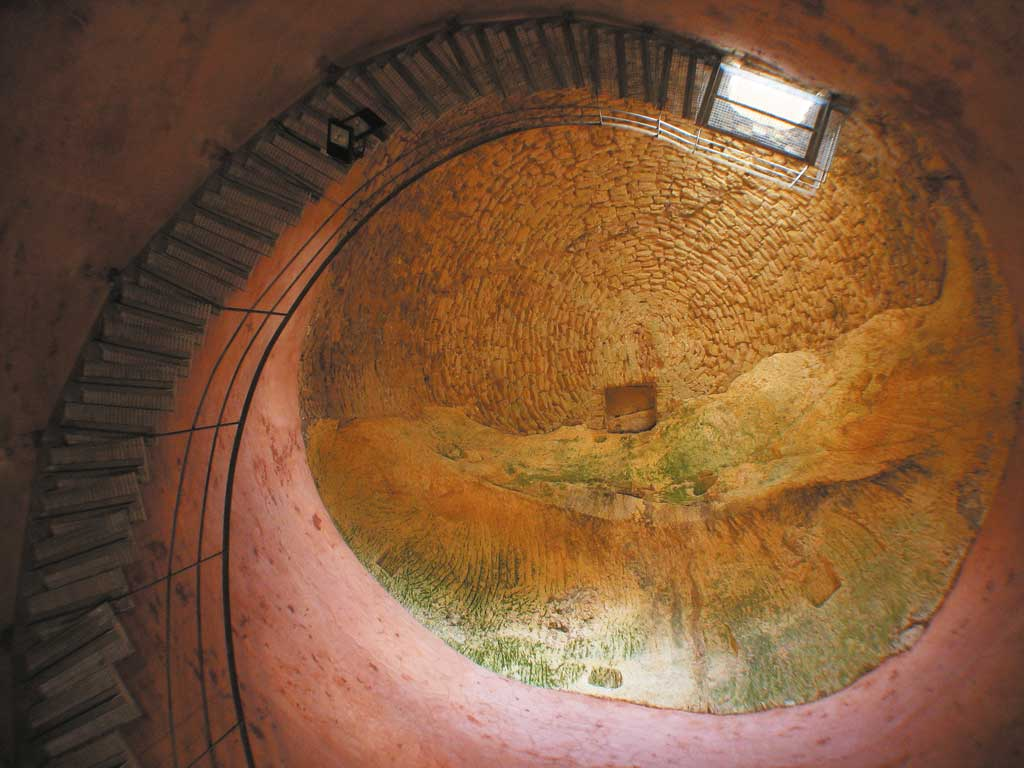 If you are wondering how the ancient inhabitants of Bocairent and the surrounding villages did to store snow inside a rock, here is the answer: these are stone deposits up to 10 meters deep, where the snow fallen in the Mariola mountains was kept.

These circular warehouses allowed to carry the water from the thaw to the population through a ditch.

You already know what to do in Bocairent in a day, well, what is good about this Valencian municipality, enters so many things, is that its attractions are glued together, which will allow you to visit these places in just one day, as you prefer.

We call you, to reserve a car